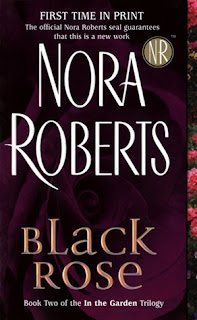 A Harper has always lived at Harper House, the centuries-old mansion just outside of Memphis. And for as long as anyone alive remembers, the ghostly Harper Bride has walked the halls, singing lullabies at night...

At forty-seven, Rosalind Harper is a woman whose experiences have made her strong enough to bend without breaking--and weather any storm. A widow with three grown sons, she survived a disastrous second marriage and built her In The Garden nursery from the ground up. Through the years, In The Garden has become more than just a thriving business--it is a symbol of hope and independence to Roz, and to the two women she shares it with. Newlywed Stella and new mother Hayley are the sisters of her heart, and together the three of them are the future of In The Garden.

But now the future is under attack, and Roz knows they can't fight this battle alone. Hired to investigate Roz's Harper ancestors, Dr. Mitchell Carnegie finds himself just as intrigued with Roz herself. And as they being to unravel the puzzle of the Harper Bride's identity, Roz is shocked to find herself falling for the fascinating genealogist. Now it is a desperate race to discover the truth before the unpredictable apparition lashes out at the one woman who can help her rest in peace...

Right before the end of the year, and in the rush of the holidays, I whipped through the first book in the In the Garden trilogy, Blue Dahlia and it was amazing.  I couldn't wait for the new year to begin and the parties to end, so I could settle down with Black Rose.  It was definitely worth the wait.

We were first introduced to Rosalind Harper in Blue Dahlia, and just the glimpses I saw of her in that book made me crave to know more.  I was so excited when I found out that the second book in the trilogy focused on her.  Roz is a tough as nails woman, who's had her share of heartbreak.  She was widowed at a young age, and left to raise three young boys on her own.  But she stood up to adversity, raised her boys, and eventually started her own garden center, which is now a thriving, wonderful business.  I wish we had something like it where I lived!  But she hasn't been without her share either.  Her second marriage was a sham, and her heart is closed off to love.  At least it is until she meets Dr. Mitchell Carnegie...

I love Mitch!  Something about him just had me cheering him on and I had his back every step of the way.  I couldn't turn the pages fast enough to find out what would happen next and how things would progress.  He was a truly well written character and he had the backbone and strength to match Roz every step of the way.

The other thing that I absolutely adore about this series is the underlying story of the Harper Bride.  It's creepy and fascinating, and I couldn't wait to see what Roberts would do with her next.  I love finding out bits of her story, and seeing what the main characters do with the pieces.  I can't wait to get my hands on Red Lily and see how the whole thing finally comes together.  I definitely waited too long to pick up another Nora Roberts book, and I think I'll be making my way through her back list shortly!

Posted by Sunnysmileqt at 12:51 AM