Review: But I Love Him 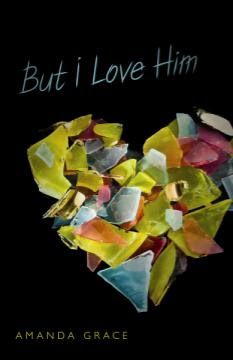 Tonight was so much worse than anything before it. Tonight he didn't stop after the first slap.

At the beginning of senior year, Ann was a smiling, straight-A student and track star with friends and a future. Then she met a haunted young man named Connor. Only she can heal his emotional scars; only he could make her feel so loved — and needed. Ann can't recall the pivotal moment it all changed, when she surrendered everything to be with him, but by graduation, her life has become a dangerous high wire act. Just one mistake could trigger Connor's rage, a senseless storm of cruel words and violence damaging everything — and everyone — in its path.

But I Love Him is a quick read, but there is so much power behind its 245 pages that it left me simply breathless.  I don't think words can even describe how I felt as I flew threw its pages, feeling Ann's emotions, seeing how she surrendered everything to Connor.  I was wrapped up in Connor and how he was a broken, emotionally distraught young man, who didn't understand his emotions, let alone what he was doing to someone else.  By the time I turned the last page I was breathless and exhausted.  This book was that good.

But I Love Him is told from the end of Ann and Connor's relationship to the beginning.  We don't know how or when things start happening.  We can't judge Ann and say "Why would she do that??" because as the reader, you don't have any background to understand what happened before hand.  It made me look at an abusive relationship in a whole new light.  I think so many times, people think "Well I would have left the first time he raised his fist to me."  However, But I Love Him plays with your mind, let's you see exactly how Ann is thinking and what finally changes for her so that she can see the light.

Despite the fact that Connor is the abuser in this relationship, I felt sorry for him.  I could see how his life had made him the way he was.  I understood how confused he was, how the circle of his life as caused him to be the way he is.  Rather than hating him, I wanted to help him.  Make him see the errors of his way.  Help him to get better and lead a different life.

Amanda Grace left me feeling so many different emotions, and I can't say enough good things about her writing.  I look forward to reading more of her works, and But I Love Him will definitely be one of my top reads for 2011.

Posted by Sunnysmileqt at 2:54 AM

I flew through this book and I loved every minute of it. It's exquisitely written and I hope to see more novels written like this. I would love to see this book be required reading for high school students. I think it would open the eyes of teens to see an abuser relationship in a new way and possible save some lives.
Dependable reliable San Antonio House Cleaning information