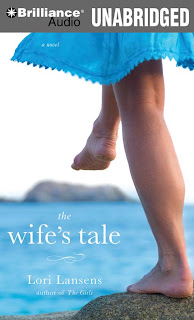 It’s the eve of her twenty-fifth wedding anniversary and Mary Gooch is waiting for her husband, Jimmy, to come home. But Mary isn’t just waiting for Jimmy. She is waiting for a mother who accepts her, children she is unable to have, a life beyond the well-worn path from her bedroom to the refrigerator. Mary is waiting for her life to start.

As she waits for Jimmy, the night passes into day and it becomes clear that he isn’t coming home. A letter left in the mailbox confirms her worst fears and Mary is left alone to make a difficult decision. Should she break free from her inertia and salvage her marriage? Or is the pull of the familiarity of her home, the predictability of her daily routines, too strong to resist?

For the first time in her life, Mary decides to leave and boards a plane to California. She flies across the country in a desperate attempt to find her husband. The clothes, the marriage, the home that had given her a place to hide for so long are all gone. Mary soon finds that the bright sun and broad vistas of California force her to look up from the pavement, stop waiting and start living. What she finds when she does is an inner strength she’s never felt before. Through it all, Mary not only finds kindred spirits, but reunites with a more intimate stranger no longer sequestered by fear and habit: herself (randomhouse.com).

One reason why I think I had such trouble with this book especially in the beginning was because I found Mary to be such a hard character to like and get to know.  Even at the end of the book, I still didn't have a deep fondness for her.  At times I found her existence to be almost sad, and I few times I viewed her as pathetic.  I had visions of slapping her a few times!!  Other times, I cheered her on as she fought again the "obeast" as she refers to her obesity and begain to find herself again after a lifetime of letting herself go.

I think the biggest struggle I had with this book was how easily it seemed that Mary was able to make friends, and ask so many people for help.  When Mary was home in Canada, she could barely go to the grocery store and talk to anyone, let alone ask a total stranger to help her.  When she came to the US, she was much more open and seemed to make friends almost easily.  I do believe that the author did this to show the audience how Mary was growing as an individual, coming out of her shell and opening up in the world.  I just had a hard time with how quickly things changed.

This is the first book I've read by Lori Lansens and I was a bit taken aback by the writing style.  For some reason, I thought it would be different.  Plus, a few of the scenes made me extremely uncomfortable, especially listening to them on audio at work.  I'm curious now to read The Girls and see how it compares to The Wife's Tale.  I will say, I find the description of the The Girls to be more entertaining than I found that for The Wife's Tale.  It seems like it might be more up my alley.  Despite being a bit "shocked" by some of the scenarios in the book (I think I'm turning into my mother...ahhh), I thought the writing was truly superb.  I also thought this was a beautifully presented audio that I enjoyed listening to.  That's one reason why I felt the book may have deserved a higher rating, but my dislike for the main character kept me from going above a three.

Posted by Sunnysmileqt at 1:57 AM