"Before you, Bella, my life was like a moonless night. Very dark, but there were stars, points of light and reason. ...And then you shot across my sky like a meteor. Suddenly everything was on fire; there was brilliancy, there was beauty. When you were gone, when the meteor had fallen over the horizon, everything went black. Nothing had changed, but my eyes were blinded by the light. I couldn’t see the stars anymore. And there was no more reason, for anything." 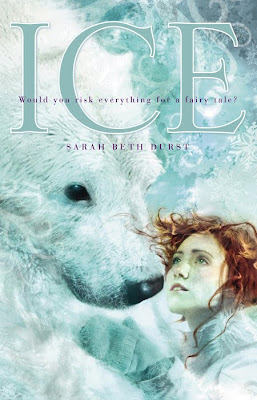 When Cassie was a little girl, her grandmother told her a fairy tale about her mother, who made a deal with the Polar Bear King and was swept away to the ends of the earth. Now that Cassie is older, she knows the story was a nice way of saying her mother had died. Cassie lives with her father at an Arctic research station, is determined to become a scientist, and has no time for make-believe.

Then, on her eighteenth birthday, Cassie comes face-to-face with a polar bear who speaks to her. He tells her that her mother is alive, imprisoned at the ends of the earth. And he can bring her back -- if Cassie will agree to be his bride.

That is the beginning of Cassie's own real-life fairy tale, one that sends her on an unbelievable journey across the brutal Arctic, through the Canadian boreal forest, and on the back of the North Wind to the land east of the sun and west of the moon. Before it is over, the world she knows will be swept away, and everything she holds dear will be taken from her -- until she discovers the true meaning of love and family in the magical realm of Ice (sarahbethdurst.com).

I was extremely hesitant about reading this novel for two reasons: one, I absolutely, positively, one hundred and ten percent HATED the cover, anbd two, I don't read a lot of fantasy like this (I read paranormal, but talking trees and unknown creatures...not really my thing). However, despite my initial thoughts, I really enjoyed this book.

Cassie was an extremely strong female lead. She overcame emotional and physicial struggles throughout the whole story, and showed the true strength of love. Cassie sacrificed so much to save her husband and then again when she lost Bear.

Reading this novel opened up several new genres for me. I'll definitely be more apt to choose something outside of the box and give it a chance next time because of how much I found myself liking this book. Also, I should probably learn to not judge a book by its cover so much, but that seems to be a trap I always fall in. I just don't like ugly covers!!

So whether you are a fan of fantasy or not, I really think you should give Ice a try. It's a fast paced adventure that will keeping you turning the pages into the night.

Posted by Sunnysmileqt at 4:39 PM

I haven't seen this book before. Thanks for sharing.