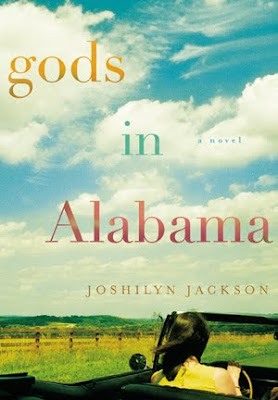 When Arlene Fleet headed off to college in Chicago, she made three promises to God: She would never again lie, she would stop fornicating with every boy who crossed her path, and she'd never, ever go back to her tiny hometown of Possett, Alabama (the "fourth rack of Hell"). All God had to do in exchange was to make sure the body of high school quarterback Jim Beverly was never found.

Ten years later, Arlene has kept her promises, but an old school-mate has recently turned up asking questions. And now Arlene's African American beau has given her a tough ultimatum: introduce him to her family, or he's gone. As she prepares to confront guilt, discrimination, and a decade of deception, Arlene is about to discover just how far she will go to find redemption - and love (joshilynjackson.com).

So its been months since I've finished this book, but I know for a fact I really did enjoy it. This was the first Joshilyn Jackson novel that I've read and I found it to be very entertaining.

The main character of the novel, Arelene lives her life with a huge secret. One summer night, before graduating from high school, Arlene kills the star football player Jim Beverly. Rattled with guilt, Arlene vows never to return home, give up lying, and stops sleeping around. Life is going smoothly until Jim Beverly's ex girlfriend returns and begins asking questions. That's when the mystery really gets good and things start to fall apart everywhere.

Arlene was a wonderfully strong main character, and despite her quirks, she was someone I could really relate too. This was one of those novels that you think about long after you close the last pages. It's definitely a keeper and I'll be reading more of Ms Jackson.

I wish there was more I could say about this, but it's probably been three months since I finished it and my brain is fuzzy, but I can say go read it for yourself. It's really good and I think you'll definitely enjoy it.

Posted by Sunnysmileqt at 8:31 PM